I had the privilege of accompanying Brianna's class (5th and 6th grade) on their "big" field trip to the capital and other p[laces this past week. Will be posting pictures for some days, if that's alright with you (even if it's not alright with you!)

This was on Monday at noon. The parents brought their kids and boxes full of yummy snacks for us. There were 25 students and 5 grown-ups and 1 teacher. 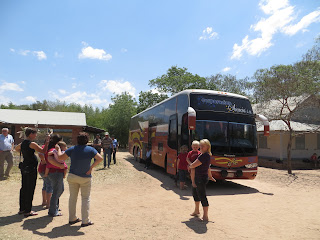 Saying good-bye to the kids... 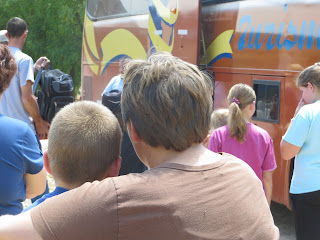 Some of the kids had some masks and wigs along to pass the time in the bus. The trip took about 6 hours to the capital, Asunción. 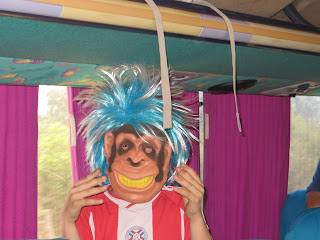 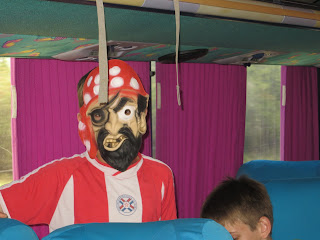 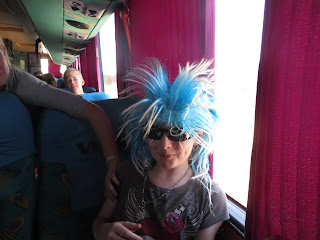 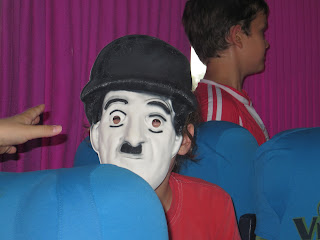 We stopped in front of the bridge that crosses the Paraguay River. The capital and its neighboring cities start right after the bridge. We walked across the bridge, I think it's 1,5 to 2 km long. But I'll check that out yet. The walk was good for the kids and grown-ups to let some pent up energy out. 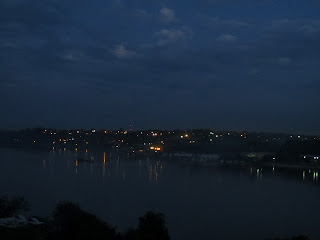 The first day ended with beautiful moonlight. We stayed at the camp called Ranch Alegre, which is a lot like the camps I visited as a child in Canada. The kids played volleyball and soccer until midnight, then it was off to dreamland. 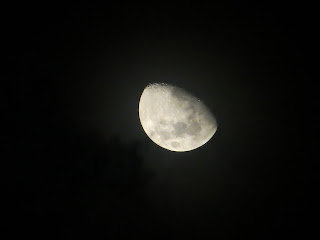 We all had a great time, and I really enjoyed getting to know Brianna's friends a little more. The kids were all on their best behavior, but without forgetting they were kids. We grown-ups had some really good laughs along the way. I'll post more later!

Who am I?
- a Christian
- farmer/rancher wife
- mother of three
- seamstress
- fanatical crafter
- occasional blogger
- and lots more 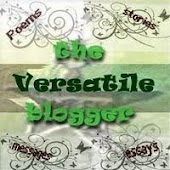 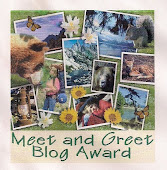 I review for BookSneeze